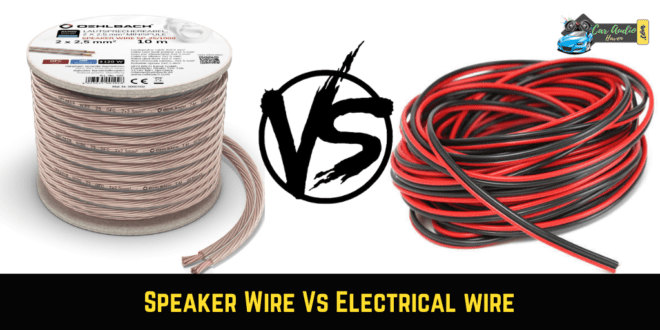 Speaker Wire Vs Electrical Wire – Are They Similar?

They work as the two different sides of the same coin, or you can consider them as the “Schrödinger’s Cat alive and dead” simultaneously – Speaker and electrical wires are both similar and different.

One might get confused if the Speaker’s wires are the electrical wires as both conduct electricity – well, yes, to some extent both work the same but there are some differences which differ them both and their degree of quality. For years, this has been the topic of a debate – what are the actual differences?

If you are new to the Car’s sound system and want to make it on your own, you have probably got confused about what makes them both different or if any of them can be used in replacement of others or not.

They are almost the same, though, but new users are often overwhelmed with many questions. So in the blog, we will help you figure out which one is better in terms of conductivity, resistance, capacitance, and quality.

Though the sound system embedded sophistically in your car dashboard can be difficult to please. These days, you probably need speakers, subwoofers, and tweeters to improve the sound quality coming directly through an amp.

While vintage cars used to come with the power amp and the radio, which seemed to be enough for time generation. I must say that some people are satisfied with their car audio factory system. At the same time, some want to swamp it with the extraordinary devices and tools to create the marvelous sound one might have never heard before, while somehow, the need is never going to be fulfilled.

Well, tastes are different, and so are the types of wires to many extents. Keep reading the article if you are not part of the debate but finding the answer of “what’s better – Speaker wires VS Electrical Wires?”

Below, we will describe the wires, their uses, and compare different features of both types of wires to see what makes them stand out.

Electrical wires are mainly used to connect the electrical devices, they serve as the bridge that allows electricity to pass through and make the connected devices functional.

They are mainly used for indoor electrical wiring. Three to four wires are wrapped together with the plastic covering. They work on the range of the voltages from low to high, they are resistant to bear the fluctuations.

More specialized applications with parallel wires running along make use of the advanced Ribbon Electrical wires. While Shielded Electrical Wires are used in the industry’s giant machinery to bear the high voltages and sudden change in the current flows as well.

Wires are all conductors, allowing current to pass through them. Electrical Wires are made of the element, mainly copper, which makes it easier for the current to flow ceaselessly.

However there are furthermore elements that can be used for this purpose. Still, copper is the favorite of all because it is relatively cheaper, reliable, more available, and can endure the high voltage.

Electrical wires also make use of aluminum, but over time, aluminum may undergo wear and tear, and the crucial functions of the element can fade with continued use over time; plus, aluminum is more expensive than copper.

In electrical wires, gold and silver materials are also used for conductance, they are highly conductive and labile materials, but they are way too expensive and only limited for some applications being used on a giant scale.

Gold is used in the microprocessors while silver is the most suitable element for conductivity in the electrical wire but this element has low resistance and costs a lot.

The wires also come with the labeled measuring of how much current can safely travel in them. For example, a 2-gauge wire can bear up to 95 amps current, the diameter of the wire is also thicker than 10-gauge wire, which can allow 30-amp current to flow through it.

You have to be careful enough while introducing the electrical wires in some machine or gadget. If the current demand is more or even less than that being provided, the wires will heat up and the chances of short-circuit will escalate.

A single cable has several wires in it; each of them is insulated with quality material to avoid short circuits. The cable is also covered with the insulation jacket to avoid any damage. The electrical wires are all insulated before they are transported to the market.

The type of insulation varies with the type of wires. Some wires are specific to work in the giant machines at the industrial levels while some are household wires, the efficiency, types, and material used for insulation are distinct.

Some wires are extremely heated labile while some are efficient to work in extreme cold, no matter for what purpose the wires are being made, they are always insulated. Usually, the insulation of the electrical wires is made of Nylon, PE, Rubber, and PVC materials – all the materials give cables flexibility, longevity, and durability.

The wires designed to work in the sensitive place are often shielded to prevent the environment from an electromagnetic interaction and reduce the sound when charges interact with one another. Electric wires are first insulated then shielded with quality material.

In the transmitter, converters, and other heavy machinery, braided wires are mostly used to prevent electrical damage. They are usually expensive and heavier than a foil shield. On the other hand, electrical wires are shielded with the braided copper finely, which is more durable.

It wouldn’t be wrong to say that Speaker wires are the “Electrical Wires” types, but there are certain differences. Though several types of electrical wires are variable in terms of features and functions, speaker wires/cables are one of them.

The wires are specific for an audio system that connects amps, speakers, tweeters, etc. These wires also send the electrical signals that are translated to sound production.

This may seem simple and you might be thinking of opting for the electrical wires instead of the speaker wires. Speakers have two wires with different polarities that can be differentiated with different colors and are often labeled with positive and negative ends.

Faulty speaker wires can be a common cause of car stereo rapid on and off. So understanding the wires and the maintenance process can save a lot of money, time and mood!

To prevent short circuits, the Speaker’s wires are insulated. They work on low voltage. Speaker wires are also copper, clad aluminum, silver, and oxygen-free copper wire. However, the most common material used in the speaker wire is “Copper”.

Audiophile’s cables are specifically made to ensure receiving the frequencies from the system and transmitting them in the form of sound. This is what makes them unique on the list of different electrical wires.

The wires in the speakers are also a conductor as they have to respond to the electrical signals and transform them to the mechanical waves of sound, which the speakers further amplify.

Manufacturers choose silver and copper for the Speaker’s wires. These conductive materials in the wires are thought to cut the higher frequencies, which results in improved audio and bass, this is how they transmit the sound signals of strong integrity.

However, eliminating the lower frequencies also takes place but this is almost negotiable. Silver, an expensive element, is not widely used, but copper is widely used in the cables of subwoofers, tweeters, and speakers.

Unlike electrical wires, gold and aluminum are not used because speaker wires work on low voltage.

Though your car audio system must have a device called “Capacitor” and if not, the music enthusiasts always buy one for themselves. The function of the capacitor is to store some count of charges in it and when needed, the system could exploit the stored energy.

Like many electrical wires, speaker wires are also given a big concern of shielding. Shielding of cable is also crucial here, it is capable of reducing the noise and distortion in the sound systems.

It filters the bass and frequencies and delivers the most original sound quality. If you are going to opt for the unshielded wires, it will most likely catch the electrical signals from the surroundings and ruin the sound quality. So the crucial thing is, speaker wires have to be shielded.

Conductance and resistance are two opposite properties that exist simultaneously in the same wire or any conductor. The higher the conductivity, the lower the conductance.

The longer and thicker the wires, the lower the resistance of the charges, for example, the thicker wires of 12 gauge have low resistance than the thinner wire of 16-gauge.

Make sure the wire you choose must have lower resistance and more capacitance otherwise it will affect the performance of the Speaker.

Can Electrical Wires be used as Speaker’s wires?

After learning the difference and similarities of both wires, one can conclude – YES! You can use the electrical wires in replacement of the Speaker’s wires in an audio system. Since you already know how resistance, conductance, capacitance, and shielding impact the sound quality, you’ve to consider it while buying.

No matter the audio or electrical supply, wires work the same way, they have to transport the electrical charges to the destined location. Now it’s up to you to go with an expensive speaker system or buy the wires separately with the flowing features mentioned below. You can save a huge amount by replacing the speaker wires with electrical wires:

If you still have any confusion or any questions – please do let us know by commenting below, we will get to you.

Brenda Smith is an Audio consultant and part-time automotive content writer. She has an Audio engineering degree from a reputed university of Tampa, Florida. Being a great audio enthusiast, she works with her audio consultation startup and writing automotive content as a part-time writer.
Previous How to Install the Tweeters Yourself?
Next How to Turn On an Amplifier without a Remote Wire? 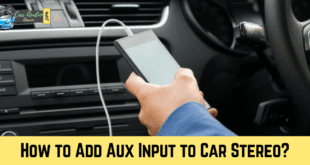 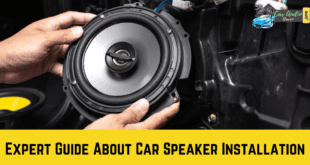 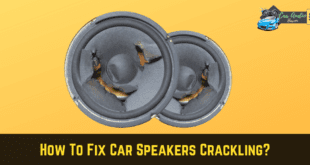 How To Fix Car Speakers Crackling? 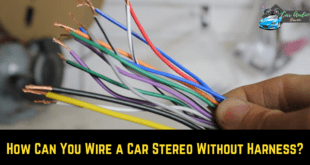 You can wire your car stereo with as little effort as possible! The basic thing ...